MYOPIA. WHY PARENTS SHOULD PAY ATTENTION! 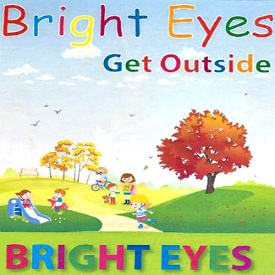 MYOPIA. WHY PARENTS SHOULD PAY ATTENTION

When most of today’s grandparents were children, they played a lot in the open air, out on the streets and in the fields with their pals.

Today, their grandchildren not so much. Not a lot at all, really. And one result may be an increase in myopia. More of today’s children are short-sighted than was the case with their grandparents. “The issue has become a hot topic in our work,” says Kilcullen based optometrist Nichola Kennedy. “But it’s not so well known yet in the general population.”

The studies are extensive. And quite clear. Upcoming generations of Irish people will be more short-sighted. With potentially serious consequences for the health of their eyes in later years. Ocular pathologies such as retinal detachment, glaucoma and cataracts will increase. “Macular degeneration is another risk, and there are also a number of other pathologies related to myopia that happen,” Nichola Kennedy adds.

It isn’t just an Irish situation. In the US it is accepted that 12pc of their children are near-sighted. In Asian areas such as China and Japan, the situation is much worse, with up to 37pc in Chinese city environments. “There is definitely an ethnic, genetic element. Chinese people would generally have much higher prescriptions, for instance. But there’s a lifestyle aspect too — some studies show that Chinese people living in Australia don’t seem to have as high an incidence, which may reflect a more outdoor lifestyle.”

Globally, it is believed a fifth of the population suffers from some degree of myopia. By 2050 it is expected that half of the planet’s population will be, according to studies quoted by Nichola Kennedy. “It is accelerating. In an Irish study, some 3pc of children between six and seven were found to be short-sighted. But those in the study aged 12/13 the prevalence was almost 20pc. That’s a significant increase, and suggests that by the time they are in their teens, their prescriptions are already going to be pretty high.”

Traditionally, a new-born baby is quite long-sighted. By the time he or she gets to primary school, they would still be slightly long-sighted but getting close to ‘normal’ sight. Close work in early school days would bring general eyesight to ‘normal’. Though that might also be a reason for some of the increasing near-sightedness. And after school, not spending enough time outside.

“Too much time indoors, and too much time on screens. Not being outside enough to get sufficient exposure to UV light, and eyes stimulation from the bright colours of nature. Time should be divided between different kinds of work, a while doing near work, maybe studies. Then doing long-distance work, which might be just going outside and kicking a ball around. Children who spend more time doing physical exercise and outdoor activity have lower rates of myopia.”

Other recommendations sound drastic in this smartphone-based age. “There’s a belief that children shouldn’t spend more than an hour and a half a day looking at screens on phones or computers. We have to be realistic, they may have school or study work that requires it. However, they should be encouraged to go outside when possible.”

Myopia developing in childhood, while the eyes are still growing, will have long-term effects. Heavier prescriptions from an early age, and consequently heavier glasses. Economic and social effects caused by sight issues can impact on employment, self-esteem, isolation with deteriorating sight.

“It needs active monitoring by parents and other carers of children. If a child is blinking a lot, peering close to things, getting headaches, there should be investigation. If your child comes home saying the teacher moved him or her to the front row, don’t ask ‘were you being bold?’ but check with the teacher if it was a potential vision issue.”

Currently there are few useful surgical interventions for myopia which is progressing. Special contact lenses can help slow down development of myopia, and there are medical treatments such as low-dose atropine drops — though that is only being done in Ireland at an experimental level. Prescription glasses are the most common treatment, with myopia control contact lenses being available now to fit and prescribe.

It’s arguable that the simple fact of children being mostly driven to school these days instead of walking, could be an issue. Also, many children now have extended schooldays, with normal school and after-school being common because both parents have to work. This means even less opportunity for them to be out in the air and natural light.

“So, keep a close eye on them,” says Nichola Kennedy. “Get them out more. Watch the screen time. Get a bit of normal balance into their lives.”

And keep the regular expert checks going too. Eyesight is a one-time gift. Treasure it, especially for your children.